From Thursday 5th November England will be placed under further lockdown measures.

What does this mean for you as a patient of St Michael’s Orthodontics Ltd?

As it stands we will be remaining OPEN. We will continue to see our patients, unless the patient is isolating, or displaying any of the symptoms of COVID.

As always, we will continue to closely monitor guidance, follow advice from our governing bodies, and update you should anything change.

We are taking every precaution we are able to within our practice to ensure the safety of our patients and staff. We are continuing to follow our thorough cross infection policy with increased PPE and decontamination procedures, as well as staggering appointments, and extending our opening times to accommodate patients.

We will continue to screen patients prior to and on arrival at the practice, and we will postpone all appointments should you not meet the criteria required.

A WAKEFIELD orthodontist is putting women and girls in Sri Lanka on the road to opportunity thanks to the donation of a Tuk Tuk to take them to school. 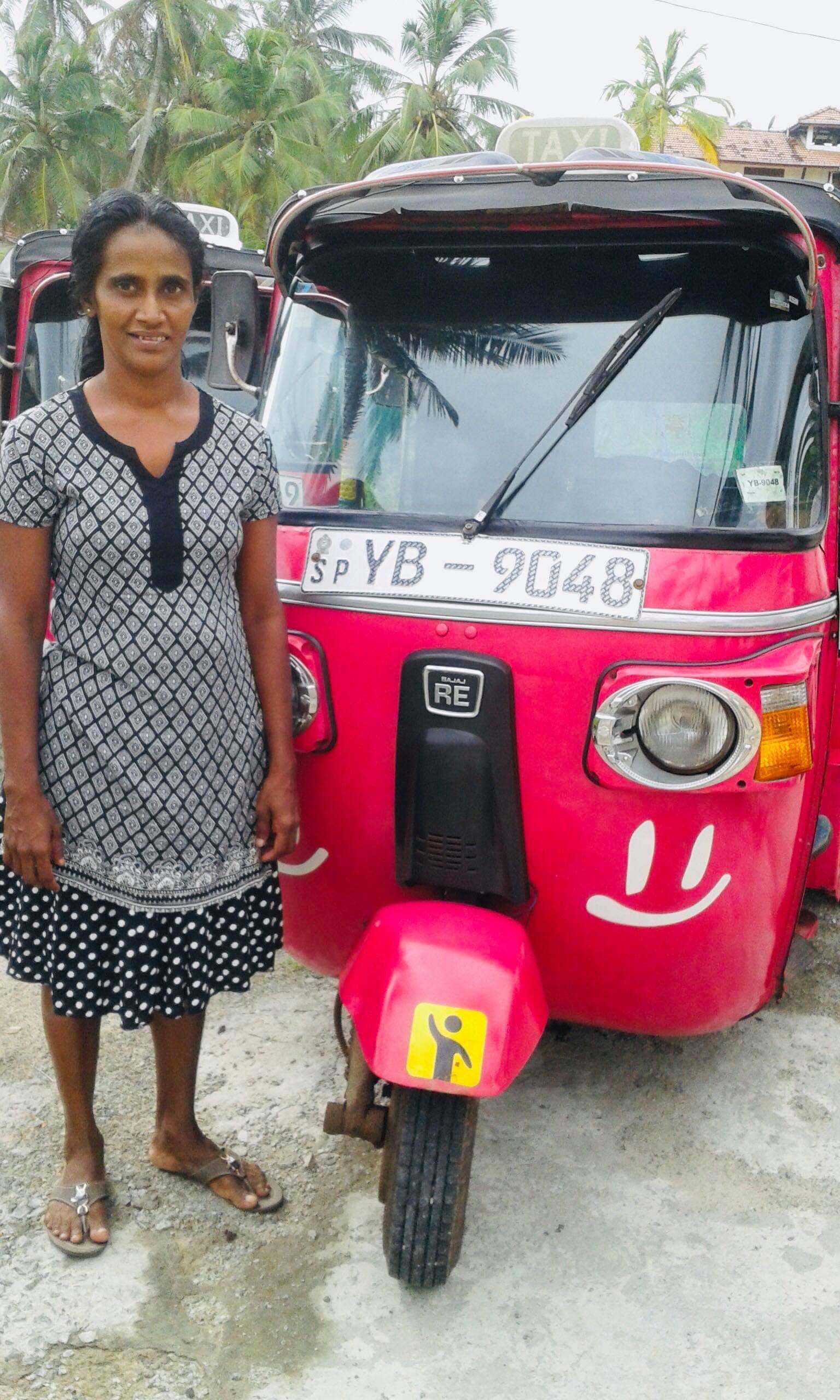 Dr Catherine McCanny Hendron, of St Michael’s Orthodontic Ltd, Dewsbury Road, donated an Invisalign treatment worth £4,000 to Nottingham based charity, the Rosie May Foundation, which works in South East Asia to improve the life chances for women and girls.

The money has been used to buy a pink Tuk Tuk, which takes the women from their rural communities to schools in cities and to train two female drivers to drive this. We are very proud that our practice logo will be placed on this.

Founded after the untimely death of their daughter, Rosie May in 2003, Mary and Graham Storrie,  established the Foundation to help women in Sri Lanka.    They are currently aiming to raise the cash for 20 Tuk Tuks.

“The Rosie May Foundation is the main beneficiary of Inspiring Women in Dentistry (set up by two female practice owners, Martina Hodgson and Andrea Ubhi, which works to support women in the profession in the UK through mentoring and career advice,” said Catherine.

“We also want to improve the life chances of women in South East Asia.  Many of these women are already vulnerable or have been abused; education and work are their passport to freedom.  But if they can’t get there how can they break the circle of poverty?” she asked herself.

“Donating the cost of a treatment has bought a Tuk Tuk which will help woman and children get to school or work safely,” she added. 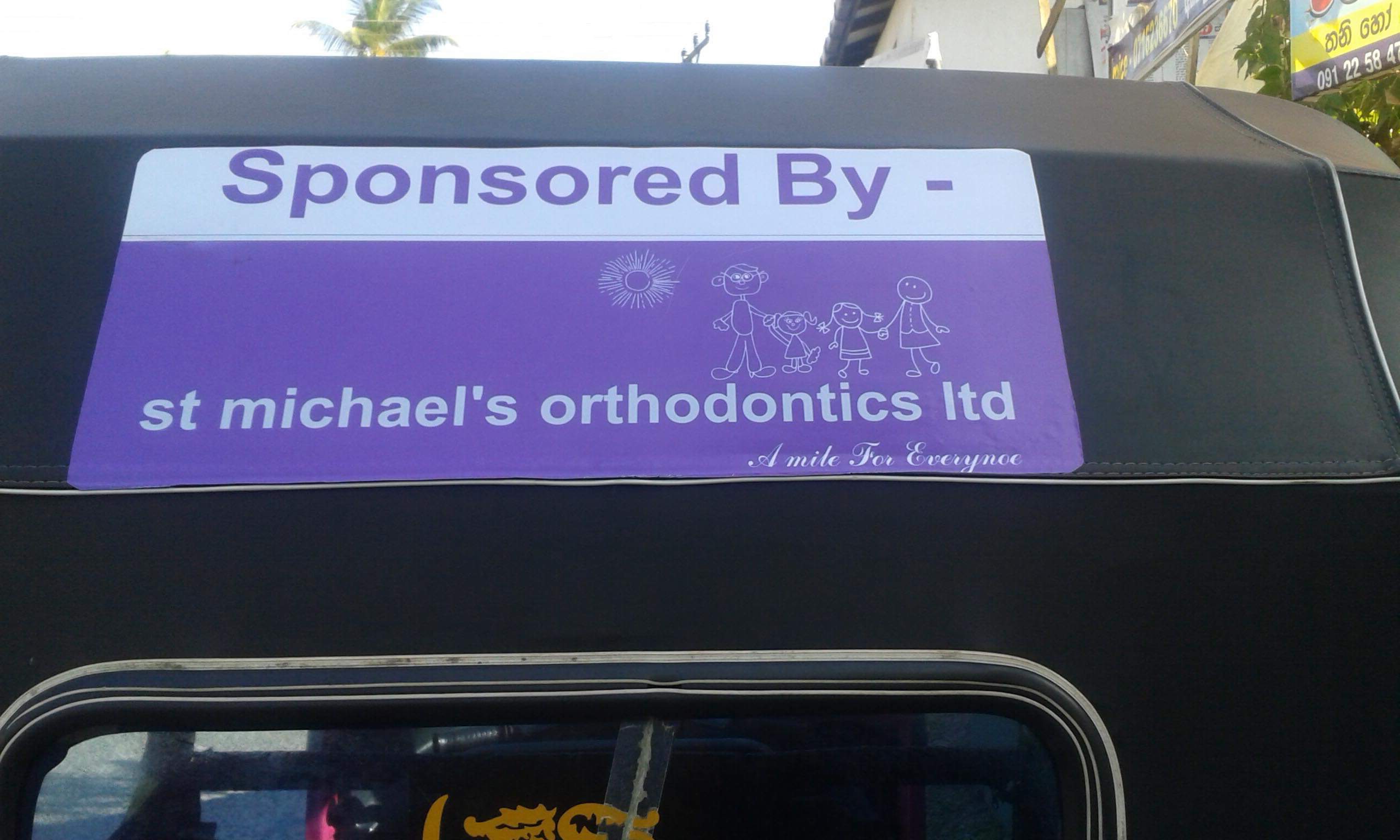 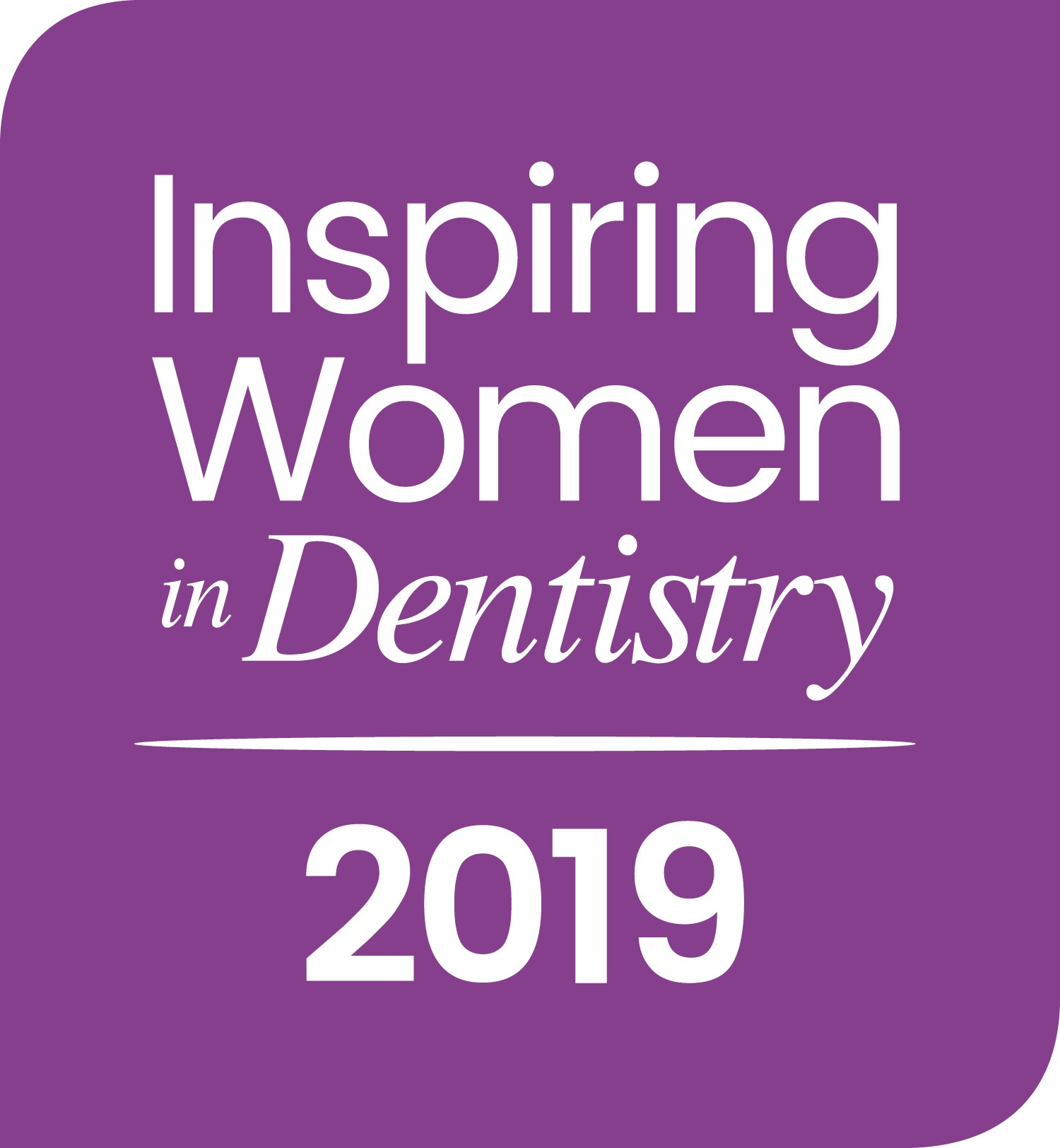 LEADING Yorkshire orthodontist, Dr Catherine McCanny Hendron has teamed up with two colleagues and a famous legal eagle to raise funds to support young girls rescued from trafficking and domestic violence in Nepal.

Multi award winning Catherine was keen to get involved in the project having built her own successful practice, but understanding the barriers that women can often face.   As the mother of two daughters and the founder of St Michael’s Orthodontic Practice, Wakefield, which is an all female team she was also determined to improve the lives of forgotten young girls.

“When we all met, we wanted to share our own experiences and expertise for the generation of female orthodontists coming through,” explained Catherine.  “Women have a different perspective on orthodontics and now equal men in the number practising.  Yet we have our own unique challenges,” she added.

“It’s a Woman Thing’ is an informal day at Hazelwood Castle on March 15, that will deliver real insight for orthodontists of the future, help them launch their own practices and help support a very worthwhile cause.”

Please email andrea@andreaubhi.com or martinahodgson@hotmail.co.uk to reserve your place at this exciting event.

Places cost £150 each, include tea & coffee and lunch.

100% of the profit goes to Asha Nepal, caring for survivors of trafficking and severe violence in Kathmandu.

After the event, Andrea and Martina will be staying later for drinks and dinner. We would love for you to join us, so please let us know if you can! (Individual charges for after event drinks and dinner will apply).

In addition to its annual support of Mouth Cancer Action Month, campaign sponsor Denplan has stepped up a gear this year by creating the Blue Lip Selfie campaign with the British Dental Health Foundation.

By encouraging the public and profession to adopt blue lips as a visible sign of support for mouth cancer, it is hoped this positive, interactive approach will significantly boost awareness of the disease.

“We’ve been inspired by other hugely effective charitable campaigns such as the ALS Ice Bucket Challenge and No Make-up Selfie and their success in raising awareness and funds for serious diseases,” said Steve Gates, Denplan’s Managing Director. “We felt that, with the significant increase in cases of mouth cancer over the last decade, it’s never been more important to get people talking about mouth cancer and encourage everyone to regularly visit their dentist. That’s why we feel passionately about creating the Blue Lip Selfie campaign with the British Dental Health Foundation.

“We chose blue lips as a visible sign of support to reflect the Mouth Cancer Action Month blue ribbon, and also because it’s striking, fun and unmissable! It’s a fresh approach to an established annual campaign and we’ve seen a huge buzz in the industry about it already.”

Organised by the British Dental Health Foundation, Mouth Cancer Action Month promotes the message ‘if in doubt, get checked out’ in a bid to save thousands of lives through early detection and is supported by hundreds of dental practices nationwide. This year the campaign is encouraging the public to be ‘Mouthaware’.

“The campaign provides an ideal platform for dental practice teams to engage with both existing patients and local residents,” said Steve. “Practices can use blue lips as a visible sign of their support for the campaign and share photos 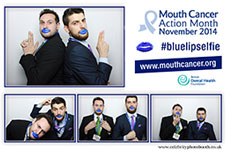 To make it easy for everyone to participate, Denplan has created a special Facebook app at www.bluelipselfie.co.uk that will launch at the end of October. Users can upload and customise selfies with fun blue cartoon lips using the app and share them on the gallery. To boost the viral potential of the campaign, Denplan is also encouraging people to share their blue lip selfies on social media using #bluelipselfie.

“To highlight the main reason behind the Blue Lip Selfie campaign, there is also an informative video on the app featuring real people who have survived mouth cancer- all because their dentist spotted signs of the disease early,” said Steve. “By sharing these moving, yet positive, stories in the words of those who have experienced mouth cancer first-hand, we hope to pass on the message that mouth cancer is very treatable when caught early, as well as raising awareness of the disease, risks and symptoms. We’re very grateful to all the contributors who shared their stories.”

The British Dental Health Foundation has set up a special Blue Lip Selfie JustGiving page for any donations or sponsorship money raised which will be specifically used for mouth cancer support groups.

Dr Nigel Carter Chief Executive of the British Dental Health Foundation commented “We are as always extremely grateful for Denplan’s ongoing support of Mouth Cancer Action Month. They have for many years been a key support for the campaign. This year they have hugely increased their support by creating the blue lip selfie app and we are hopeful that this idea will go viral greatly increasing the reach and impact of the campaign and generating significant funds to support mouth cancer sufferers.”

Article can be found at http://www.dentalhealth.org/news/details/820

Well where do I start! Here at St Michaels Orthodontics Ltd in Wakefield we enjoy nothing more than getting involved in events such as National Smile Month. It’s a great way to get the message about oral health out to the public, raise money for good causes and for the team to have some fun in the meantime. This year is no different; we kick off NSM with our ‘Bake a smile’ week. We will be selling cakes and goodies on reception from Monday 19th May to Friday 23rd May. Any money raised will be donated to Operation Smile who do wonderful work across the globe providing safe, effective reconstructive surgery for children born with facial deformities such as cleft lip and cleft palate.

We are also holding an Invisalign open evening to allow anyone wanting more information to come along, meet our team of experts and have a free consultation with Catherine McCanny, our Platinum Invisalign provider. In addition we will be offering discounts on treatment and free whitening after Invisalign treatment to make that smile even more perfect!

Our Orthodontic Therapist Katie and her nurse Kate have arranged a stall in our local city centre on Saturday 31st May, where they will be promoting National Smile Month by giving out free merchandise and information on oral health and orthodontics.

On Friday 6th June the walking boots will go back on and the team will be doing an 8 mile hike in Knaresborough to raise money for the Yorkshire Air Ambulance.

And finally …. after an event packed NSM the team will be ready for some rest, so to chill out it will be strictly PJ’s only to wear for work on Tuesday 10th June!!